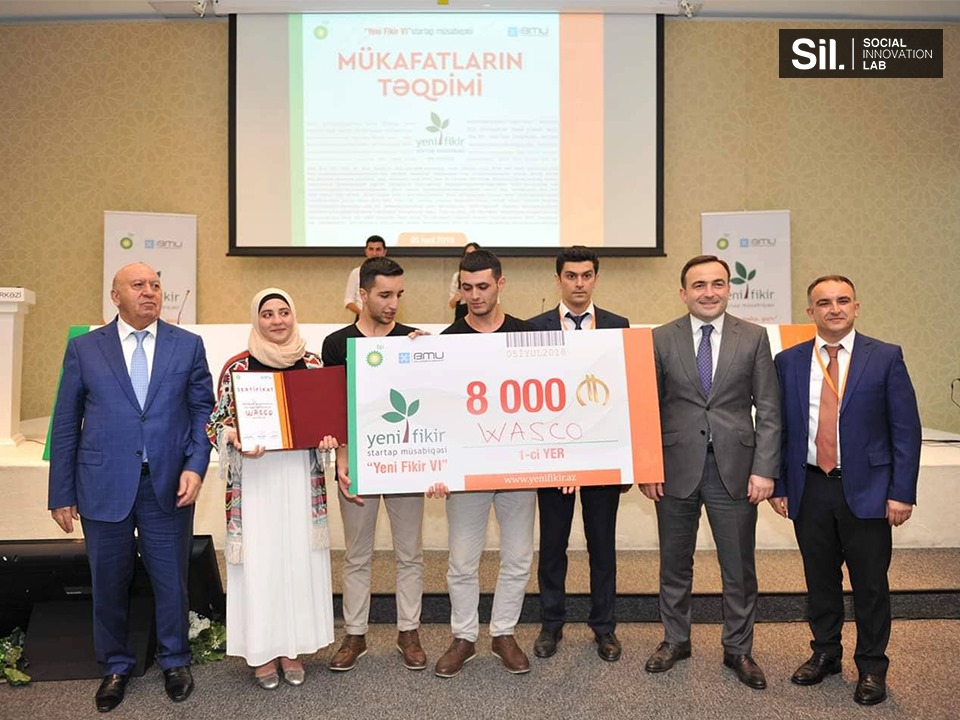 Worth to mentioned that Sil. startups are the winners of Yenifikir competition 2 years in a row – Uviba (formerly NTB) won the 5th edition and this year WASCO wins the 6th edition!

Here’s WASCO’s story from the very beginning – chapter by chapter!

It all started when the co-founders Tural Zakaryazada, Orkhan Aslanov and Gulnar A Salamli joined ClimateLaunchpad Azerbaijan with an idea of building WASCO-Smart Waste Collection System back in 2018!

When they joined to the ClimateLaunchpad program, WASCO was in the ideation stage and participating at Sil.‘s Acceleration program they managed to build the first working version of their product with the support of experienced ClimateLaunchpad trainers & mentors!

With the experience and progress gained through ClimateLaunchpad Azerbaijan and continues support of Sil. – the team further went on and took part in various other programs in countries like #Bahrain and #Georgia!

Join us to congratulate WASCO-Smart Waste Collection System team and also congratulate Sil. team for always being pioneer in moving forward entrepreneurship ecosystem since its foundation!