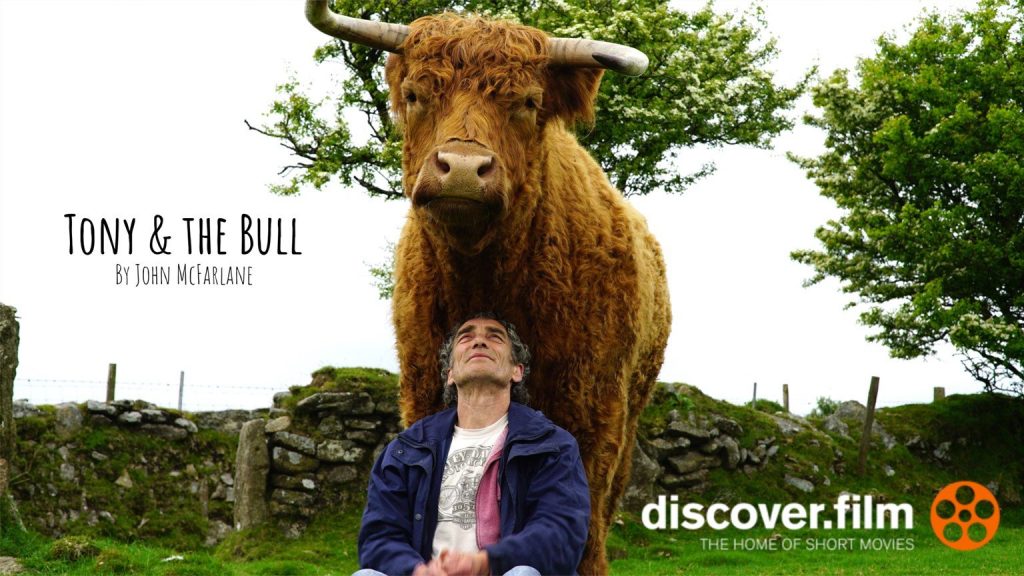 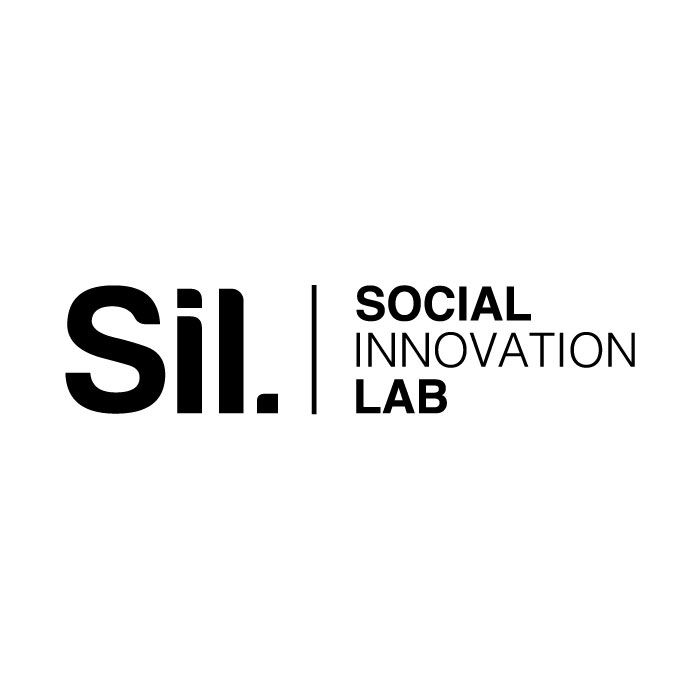 When we talk about the creative industry, the areas that come to mind are music, film, animation, painting, sculpture, architecture, design, and so on, which has been inspiring and entertaining people for hundreds of years and today. And the question is how the development of technology in modern age has affected these areas? We have gathered the list of 15 selected startups from around the world that covers most of these areas and every single one of these startups has brought disruptive innovations in their respective areas over the past few years.

Although technology has changed these areas in different directions, there is one thing that has not changed – the love and admiration of people for the creative industry. Let’s have a look at the list:

Spacemaker – This Oslo-based startup’s mission is to design better cities with AI. Its technology helps city planners, real estate developers, and architects to maximise the potential of a building site by allowing them to explore and generate a multitude of site proposals and choose the best ones. Spacemaker combines expertise from a wide range of fields including architecture, mathematics, physics, and machine learning to provide users with creative, high-quality site proposals so that municipalities and developers can build more efficiently and densely to accommodate the world’s rapidly growing cities. Founded in 2016, Spacemaker has offices in Oslo, Stockholm, Barcelona and Boston, and recently raised a €22 million Series A round to accelerate the company’s roll out, further develop its product and grow its engineering and commercial teams.

Culture Trip – Culture Trip is a global startup operating in travel, media and entertainment. The company creates stories that reveal what is special and unique about a place, its people and its culture. Their creative and editorial teams work with a global network of freelance creatives to tell location-specific stories with articles, videos, photography, illustrations and animations. Culture Trip wants to inspire people to plan their trips, go beyond their cultural boundaries and connect with the world around them.

Discover.film – The Discover.film team is made of passionate filmmakers, content professionals and entrepreneurs with experience from successful global media, technology and data businesses. Discover.film allows short films to be seen by a wider global audience and helps filmmakers find fundraising opportunities. They offer a vast library of short films for distributors and can license content that will be popular with different demographics. For licensed content, Discover.film provides music and other rights. The content is pre-tested with real audiences in their own OTT platform available on TV, mobile and web.

Sofar Sounds – Sofar Sounds began back in 2009 when Rafe Offer invited eight friends over to a London flat for an intimate live music concert performed by friend and musician Dave Alexander. They shared a drink, sat and chilled on the floor, listening to the music. Since then, the concept has expanded into a global community for artists and audiences to meet in unique and welcoming spaces with an added element of surprise – to share, discover, create and, hopefully, find their new favourite band along the way. Today, Sofar Sounds has gathered a community of thousands of artists, hosts, fans, travellers and more, putting on hundreds of secret events each month across 444 cities around the world.

NearSt – NearSt observed that “83% of shoppers would prefer to shop in-store instead of online if they know an item is available in a nearby store.” To satisfy this demand, in 2015 Nick Brackenbury and Max Kreijn decided to develop a shop finder that shows nearby shops whose process is simple. Thanks to NearLive technology, the user is connected to any shop inventory system and the raw stock turns into quality live inventory. NearSt believes that Real-Time Local Inventory data and fashion tech will transform the way the world thinks about retail.

New Story – (Nonprofit) Technically a nonprofit, New Story is pushing architectural boundaries with its efforts in the housing sector. Last year, New Story finished the first permitted 3D printed homes in Mexico, using a structural 3D printer developed by the company Icon, and at the same time is codesigning homes with underserved communities all over the world.

SONGCLIP – For taking your memes to the next level with licensed song snippets from major labels Universal, Warner, and Sony. Social platforms like Instagram and TikTok have incorporated licensed music into their suite of tools—and Songclip wants to fill the void for texts, dating apps, and more. Through the Songclip API, users can comb through the catalogs of artists within major labels, including Warner Music Group, Sony Music, and Universal Music Group, and add a clip of a song to their message. The result: a new avenue for music discovery—and a more interesting text message.

Artomatix – This Irish AI software startup is said to be shaping the future of 3D design with the help of AI. Their software automates many aspects of the process of 3D content creation, thereby reducing its production time by as much as 80%. With possible applications in the movie and video-game industries, industrial prototyping, or interior design, Artomatix has already raised nearly €10 million since it was launched in 2014 to bring “the world’s first 3D art engine” closer to creatives.

Robotmuralist – Sprayprinter has developed a wall climbing robot, named Albert, which can paint images in any size to any surface. Designed to be used for both DIY homeowners and street artists, spray printer is able to turn any design into wall art, in a cost- and time effective manner. Based out of Tartu and Silicon Valley, the winner of TechChill Pitching Competition 2017 is helping cities become galleries and contributing to people’s happiness and well-being.

Tiqets – Tiqets – Founded in 2014, Tiqets is a Dutch startup changing the way people access art. Their mobile-first booking platform not only enables people to book tickets for museums and attractions across the world seamlessly but also lets venues reach a global audience and improve their customer experience using mobile technology. With $45.5 million in funding, Tiqets is hoping to expand beyond its current 2,000+ venues in 140 cities.

Radio Garden – Radio Garden is a non-profit Dutch radio and digital research project developed from 2013 to 2016, by the Netherlands Institute for Sound and Vision (under the supervision of Martin Luther University of Halle-Wittenberg’s Goal Föllmer), by the Transnational Radio Knowledge Platform and five other European universities. It is funded by HERA. According to the service, the idea is to narrow the boundaries from the radio. It gained popularity in 2016 when it surpassed the 8,000 registered station mark and, as announced at The Radio Conference 2016: Transnational Encounters, went viral.

Jukely – Jukely was created by Bora Celik and Andrew Cornett for music lovers to get hand-picked recommendations for local live music concerts and to discover new music. The startup, which participated in Techstars NYC’s 2013 accelerator program, is also announcing that it has raised $2.4 million in seed funding from a handful of music industry names.

Blend.io – Blend.io was started by Alex Kolundzija and built in New York City at betaworks, by music loving and producing technologists. With blend.io, musicians and producers can share in-progress tracks and connect with other musicians to collaborate. You can browse artists and their projects or comment on and remix tracks.

LargoAI – LargoAI, is a powerful data-driven artificial intelligence program that can actually understand the ingredients of a film and predict the audience reaction to each part. It can be introduced very early in the life of a film and can continue to help improve the movie at every stage of development. LargoAI empowers production companies with data-enhanced ROI uplift while massively reducing risk. Lausanne based Largo Films won the Zinemaldia & Technology Startup Challenge at the San Sebastian Film Festival.

To support the development of startups in the creative industry in Azerbaijan, Social Innovation Lab has been running the Denmark based Creative Business Cup annually since 2018 – the world’s largest program for creative industries. During the past period, various creative industry startups such as Balta Animation, Eleven Kings, Uviba, Hoqqa Card Game participated in this program and 3 startups successfully represented Azerbaijan in the Global Final in Denmark.